An Albertan & Canadian, definitely a northern gal. Social worker by profession, this blog has included some of my work over 10 years in Nunavut from 2002 on. Passionate about slowing down & taking time to appreciate the beauty of the outdoors or kindness in relationships as gifts & blessings; injustices against children in situations beyond their control; my faith; Nature, experiencing the outdoors whether cycling, walking. x-c skiing or gardening, my dogs, capturing on film God's beauty, experiencing life intensely & with the senses, richness of late afternoon light, wind in my hair cycling with my dog on a beach road, couching inches from an arctic flower or alpine lichen to capture it with my camera, insight of a student's new learning, a good conversation over a coffee.

All of the material on this blog especially my photos are under my copyright. Please do not take anything that does not belong to you without written permission from me and acknowledge sources. 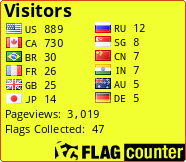